The first 50 passengers to deplane the new TAR flight from Cd. Juarez to Puerto Peñasco were met at the Mar de Cortés International Airport with rhythms struck up by the Municipal Marching Band, and presented with dreamcatcher necklaces by members of the Tohono O’odham indigenous community. Thursday’s inaugural flight marked the start of TAR Airlines new service through Puerto Peñasco, offering routes twice a week to Hermosillo, Tijuana, and Cd. Juarez. 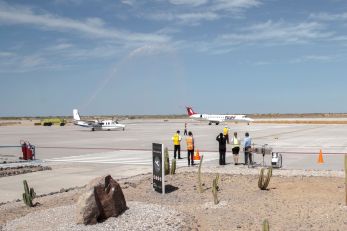 At 10:20 a.m. on the extremely warm morning, actually arriving 10 minutes earlier than expected, the Embraer plane was welcomed by the traditional inaugural “bathing of the plane” after landing, just as dozens of reporters and officials made their way to the tarmac.

One by one, entire families, adults, and groups of young travelers who had taken advantage of inaugural flight promotions in choosing this spot for vacation descended from the 50-passenger plane.

After “check-in”, a press conference detailed the importance of the flights connecting Puerto Peñasco to three of the most important cities in the region: Cd. Juarez in Chihuahua, Tijuana in Baja California, and to Sonora’s capital city of Hermosillo. 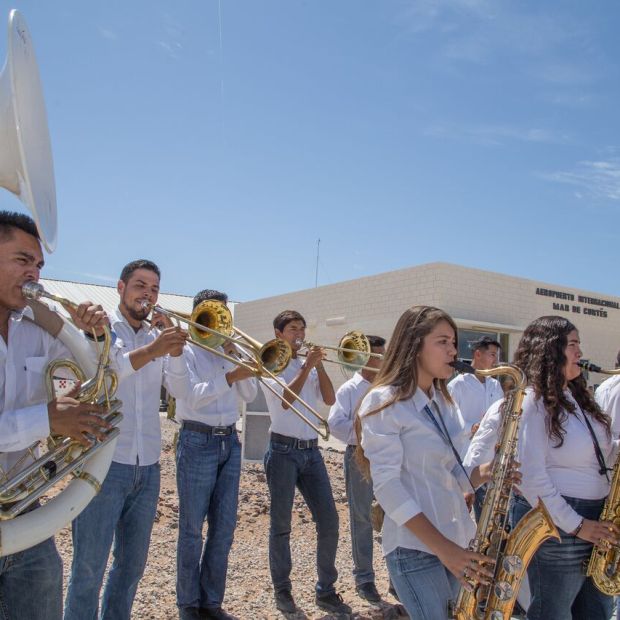 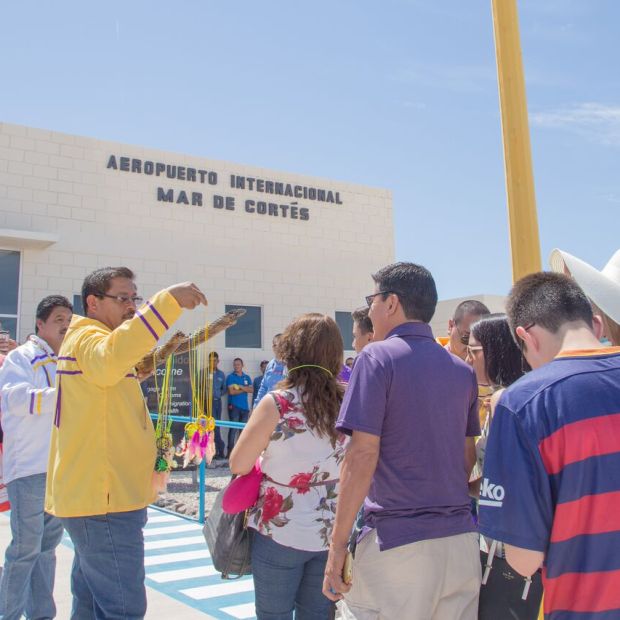 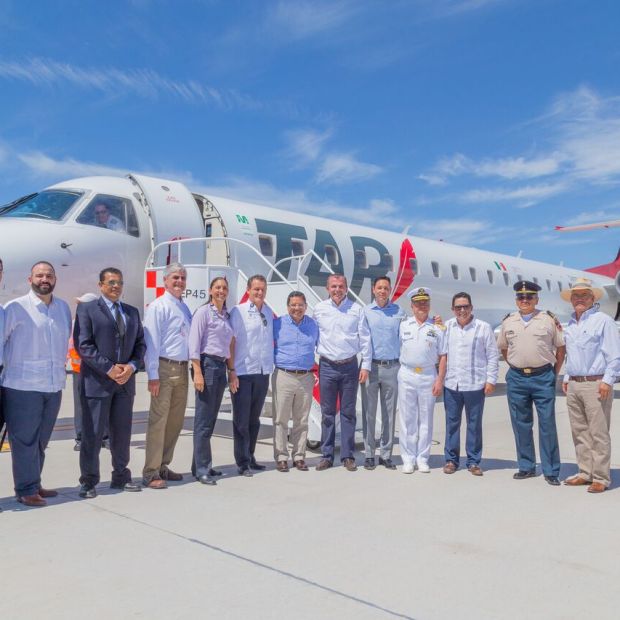 Accompanied by Peñasco Mayor Kiko Munro, local Convention and Visitors Bureau (OCV) President Héctor Vázquez del Mercado, as well as airport and airline representatives, State Coordinator of the Sonora Tourism Commission (COFETUR) Antonio Berumen emphasized the importance of these flights for Sonora and the region. He noted in addition to putting Puerto Peñasco on the national map, this provides connectivity to cities offering further connection to other parts of the country. On an international scope, he furthered, this can encourage new tourism markets along the border such as from Southern California and Texas. 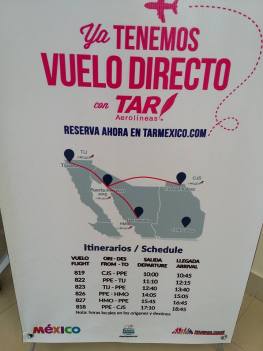 General Director of Transportes Aéreos Regionales (TAR Airlines), Rodrigo Vázquez Colmenares, expressed appreciation for the trust given to the airline, which will initially begin with Thursday and Sunday flights on the 50 passenger Embraer planes, offering quality service at accessible prices in an attempt to boost flights to the region.

He detailed flights between Cd. Juárez and Puerto Peñasco are full for at least the next month, highlighting the promotions and coordinated efforts of the various levels of government to help ensure the permanence and profitability of the flights.

Book your flight at: www.tarmexico.com